In 1959, and after eight years of development, the engineer Bernard Maietnaz patented a lens design with progressively increasing lens power in the lower half of the lens. The purpose of that design was to address a common eye problem in older people, that of presbyopia, or the difficulty to see objects at near distance.

The age-related problem of seeing near objects: what is presbyopia?

Inside our eye there is a lens that can change shape and power, and its name is crystal lens. This lens is flexible and soft, and a muscle around it can squeeze it to alter its shape. And by changing shape, it allows us to keep the focus of our vision at any distance, like a camera lens would do.

However, as we get in our late thirties or early forties, we loose the ability to alter the shape of our crystal lens. And that is because the crystal lens starts becoming more and more rigid. Hence, it becomes harder to look at our phone, read, or do work that too close to our eyes. Indeed, presbyopia is the loss of our ability to focus at different distances.

At the end of 1700, the first visual correction of presbyopia made its appearance: a single pair of glasses that allowed its wearer to see near and far. As early as 1784, Benjamin Franklin popularized the use of bifocal lenses. Time went by, but the product evolved very little. In 1950, presbyopes were still wearing bifocal lenses that divided the field of vision in two parts.

The introduction of multifocal lenses without a line on them was truly a revolutionary concept that allowed natural correction in distance vision and reading at the same time, all in a single pair of glasses.

Bernard Martinez was not truly the first to produce multifocal lenses, and there are many earlier examples of such lenses. Already in 1907 in England, Owen Aves patented a design for progressive lenses. However, because of the limitations in manufacturing in those times, he was never able to produce such lenses.

In 1924 the American Estelle Glancy had also patented a design for multifocal lenses, while working at American Optical. Also, Irving Ripps with his invisible line “blended” lenses in the early 1950s preceded Martinez and his lenses.

Martinez joined the Société des Lunetiers (SL) in 1948, which later in 1962 became Essel. Essel produced glasses without a visible line. In 1972 the name of the company changed to ‘Essilor‘ because of the fusion of two companies. These original two companies were Essel and Silor, that dated their origin back to 1849 and 1931 respectively.

When Bernard Maietnaz introduced the first progressive lens design, it was certainly a revolutionary product to the public. However, it lacked largely in many features, if we compare it to the multifocal lenses that are available today. The advancement in technology has resulted in extremely fine-tuned progressive lenses.

In earlier times, the lenses worked when the wearer rotated them into the desired position. The wearer had to adjust the position of the lenses to be able to see through the reading area of the lenses.

The earlier multifocal lenses had crude designs, or hard design. The symmetric design was complex to use for the patients as, in general, our eyes work asymmetrically.

Werner Koeppen, a physicist, and his team worked on developing the Varilux Comfort design from 1960 and into the 1990s. The purpose of creating this design was to require less eye movement and provide a wider field of view.

With advancements in technology, progressive lens design improved to cater to the users’ needs and to provide them with more precise lenses that were more refined from their previous counterparts.

The typical progressive lenses were produced from semi-finished lenses. Semi-finished lenses are lenses where the front part of the lenses is surfaced with a standard pre-defined curvature. The specific prescription for an individual patient is added, or surfaced, on the back of the lenses. It is with the customized surfacing of the backside of the lenses that a patient gets his or her own power. The manufacturing of progressive lenses from semi-finished blanks is still common today for lenses with more basic designs.

ZEISS and the introduction of freeform progressive lens technology

In 1981 Gerhard Further introduced  and patented freeform technology in progressive lenses. Gerhard Further was a mathematician by profession who worked for ZEISS. Before that, ZEISS used the Varilux technology under the brand name ‘Gradal’.

After developing the patent, ZEISS got the opportunity to use their in-house freeform technology, under the brand name Gradal HS. And since ZEISS now owned the technology design and patent, it had the opportunity to personalize the lens design in unique ways on their own.

Freeform technology has changed the world of ophthalmic lenses in many ways, benefitting both the consumers and the manufactures. Before the introduction of digital freeform equipment, lenses were pre-produced using moulds of standard design. There was a limited number of designs, and the amount of pre-produced lenses that each laboratory needed to keep was huge.

The benefits of freeform technology for the consumers

With freeform manufacturing, each lens is produced on demand, without the need of moulds or the need to keep pre-produced lenses. And for the consumers, progressive lenses can have a much more sophisticated design. Indeed, the design for each lens is modified and tailored to the specific user in many ways, taking into account more and more information.

The fully customized progressive lenses are the ones that can fine-tune the lens zones individually for the person and the chosen frame. The parameters around which fully customized lenses revolve are:

Only the more advanced progressive lenses take into account all these factors.

Why are progressive lenses better today?

With traditional progressive lenses, it was common to divide the field of view in separate areas. These areas were the distance area, the intermediate area, and the reading area. And to explain multifocal lenses in an easy way, we still refer to these areas. However, currently, these lenses are not divided anymore into separate power zones like the traditional lenses. The power in these lenses varies gradually from point to point on the surface of the lens. It helps in providing the right focal power for seeing the objects clearly at any distance. The advanced multifocal designs have provided progressive lenses with a seamless look without any visible lines.

There are lots of different multifocal lenses available in the market, depending upon the manufacturer. In addition, each progressive lens has qualities that depend on the technology used in the production. Moreover, every brand separates its lenses into ranges: premium, medium and basic.

If you are looking for the best progressive lenses design in Singapore, get in touch with Visio Optical. We have a wide variety of lenses from all the brands that are available in Singapore.

We like to recommend ZEISS for its premium lenses. ZEISS is a German manufacturer of optical systems that makes quality progressive lenses. These lenses provide the wearer with sharp, strain-free vision with fast focus at any distance and direction.

And the best among the best is probably ZEISS SmarLife Individual progressive lenses. These lenses are tailor-made to the individual that ensure excellent wearer adaptation and great satisfaction.

The most adapted and personalized the progressive lenses are, the better the vision and visual performance will be. If you demand higher precision, bespoke design, and unparalleled quality for your progressive lenses, pay a visit to Visio Optical. 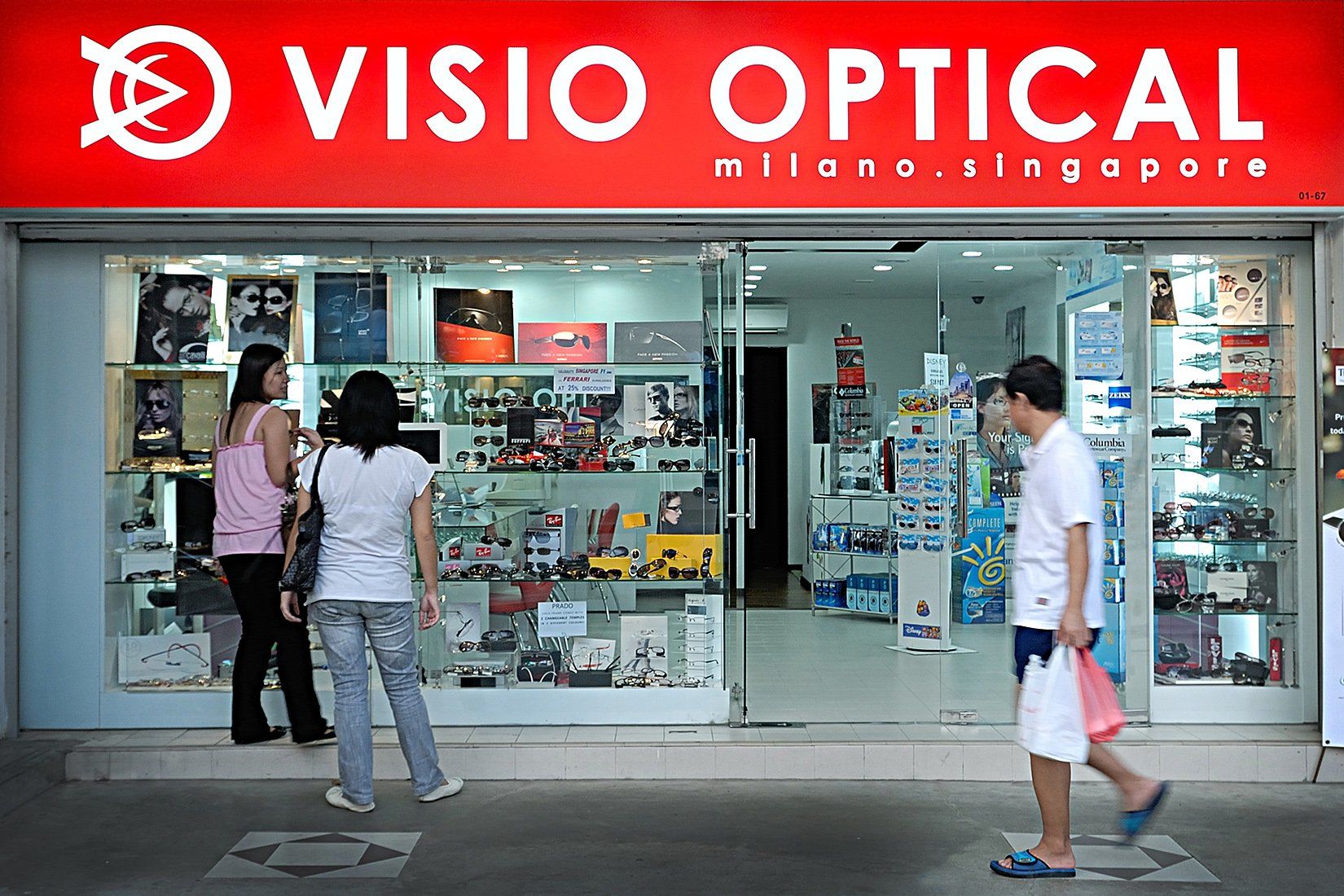